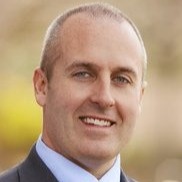 Pat is a CERTIFIED FINANCIAL PLANNER™ with over 10 years of experience in the financial services industry. Prior to joining Baird in 2013 he was a financial advisor with Morgan Stanley. He holds his FINRA Series 7 and 66 licenses, and life & variable contract license with California Department of Insurance. Pat earned his bachelor’s degree from the University of Kentucky where he played football.

Pat was raised in a suburb of Chicago, IL where he attended a military high school. He and his wife, Taryn reside in Folsom with their two children Grady and Maley. Taryn was a former Academic All-American and captain of the Kentucky swim team. Pat enjoys training a sophisticated powerlifting program, coaching youth sports, is an active parishioner in his church, and enjoys being outdoors in the California sunshine.